What is an SSL certificate and what is it used for?

What is an SSL certificate and what is it used for?

SSL certificates are used to create an encrypted channel between the client and the server. Transmission of such data as credit card details, account login information, any other sensitive information has to be encrypted to prevent eavesdropping.

With an SSL certificate, data is encrypted prior to being transmitted via Internet. Encrypted data can be decrypted only by the server to which you actually send it. This ensures that the information you submit to websites will not be stolen.

Starting from 06/08/2014, Google announced that having an SSL certificate installed on your website will increase your ranking position, which is another great reason to use an SSL. 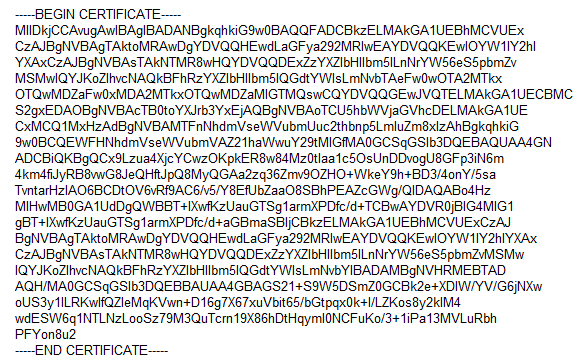 An SSL certificate has to be installed on the server side. When you access a website secured by an SSL certificate issued by a trusted Certification Authority, you will see https:// at the beginning of its URL. Depending on the type of validation, a certificate applicant passed prior to the certificate issuance, a browser may also show the connection as secure by displaying a “lock” icon in the address bar:

SSL certificates can be divided into 3 validation groups:

Requires a certificate applicant to prove his/her control over the domain name only. The issued certificate contains a domain name that was supplied to the Certification Authority within the certificate request.

Two types of cryptography are being used by SSL/TLS protocols: symmetric and asymmetric.

Symmetric cryptography (also called “bulk encryption”) implies the same key for encryption as well as for decryption. In SSL/TLS symmetric ciphers are generally used for application data encipherment.
Examples of symmetric ciphers: AES, RC4, DES
Asymmetric cryptography (also called “public key cryptography”) implies different keys for encryption and decryption.
Public key contained in a CSR and subsequently in an SSL certificate is used for encryption and signature verification. A private key which is typically kept on the server may be used, depending on the cipher suite negotiated during the handshake, either for decryption of a pre-master secret required for computation of a master secret, or for signing parameters required to compute a master secret.
In plain words, in the context of SSL/TLS protocols, asymmetric encryption serves the purpose of secure symmetric encryption key computation for both sides (client/server).

Handshake is a protocol used within SSL/TLS for the purpose of security parameters negotiation. Depending on the cipher suite, a handshake can consist of different messages that parties send to each other.